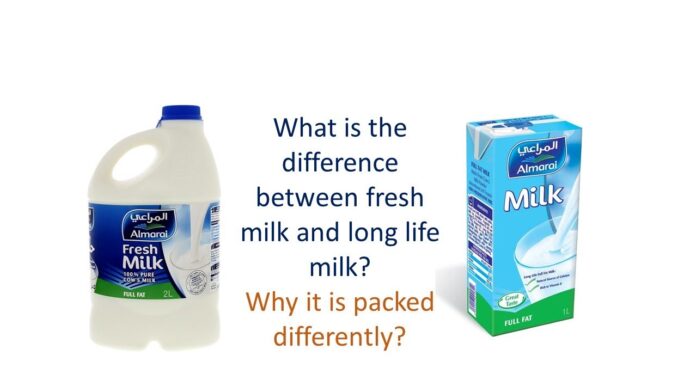 Do you know the differences between pasteurized milk and UHT milk? Both pasteurization and uperization are sterilization treatments that serve to increase the shelf life of milk. In addition, they destroy the pathogenic microorganisms that can inhabit it and cause harm to humans.

Both methods consist of heating the milk for a certain period of time and then cooling and packing it. However, they show differences both in heating times and in organoleptic and nutritional changes.

However, these are sterilization methods that are not only used in the dairy industry. They are frequent in the beer industry and in the manufacture of many cans of canned food, as may be the case with packaged sausages.

Let’s briefly look at what each of them is when it comes to milk.

As I have already mentioned, pasteurization takes place at temperatures below 100oC. This ensures the destruction of pathogenic microorganisms, although it does not destroy all the microorganisms in milk. That is why pasteurized milk is found in the cold rooms of supermarkets, as it must always be stored at cooling temperatures.

A pasteurizer is used to carry out these treatments, which is no more (or less) than a heat exchanger.

In sterilization treatment, milk is subjected to temperatures above 100oC, ensuring the destruction of pathogenic microorganisms and sporulated forms. One of the following temperature-time combinations is commonly used:
– Classic method: temperature of 110-120oC between 15-20 minutes. It is used for what is called “sterilized milk”, which is one that undergoes heat treatment after being packaged.
– UHT (Ultra High Temperature) method: temperature of 135oC for 2-8 seconds. This method is used in commonly purchased milk (UHT milk).

This is a relatively recent method, because it had technical difficulties, such as being able to heat and cool the milk quickly or the method of being able to store it in a sterile container that was appropriate. The first problem was solved by applying steam and pressure variations, while to solve the second problem the tetra brik was invented.

The different temperature-time combinations used in pasteurized milk and UHT milk respectively determine the characteristics of each of them. Among the most noteworthy differences are the following:

How is pasteurized milk different from UHT milk?

It results in fresh milk. It is a process by which the milk is heated to a temperature between 55 and 75 ° C, for a period of 17 seconds. This process helps eliminate pathogenic bacteria, while maintaining the quality and properties of the product.

It allows, therefore, to respect a good part of its natural flora. However, this flora is able to alter milk in a short period of time; therefore, It is advisable to keep the product cold even if the container is not opened. 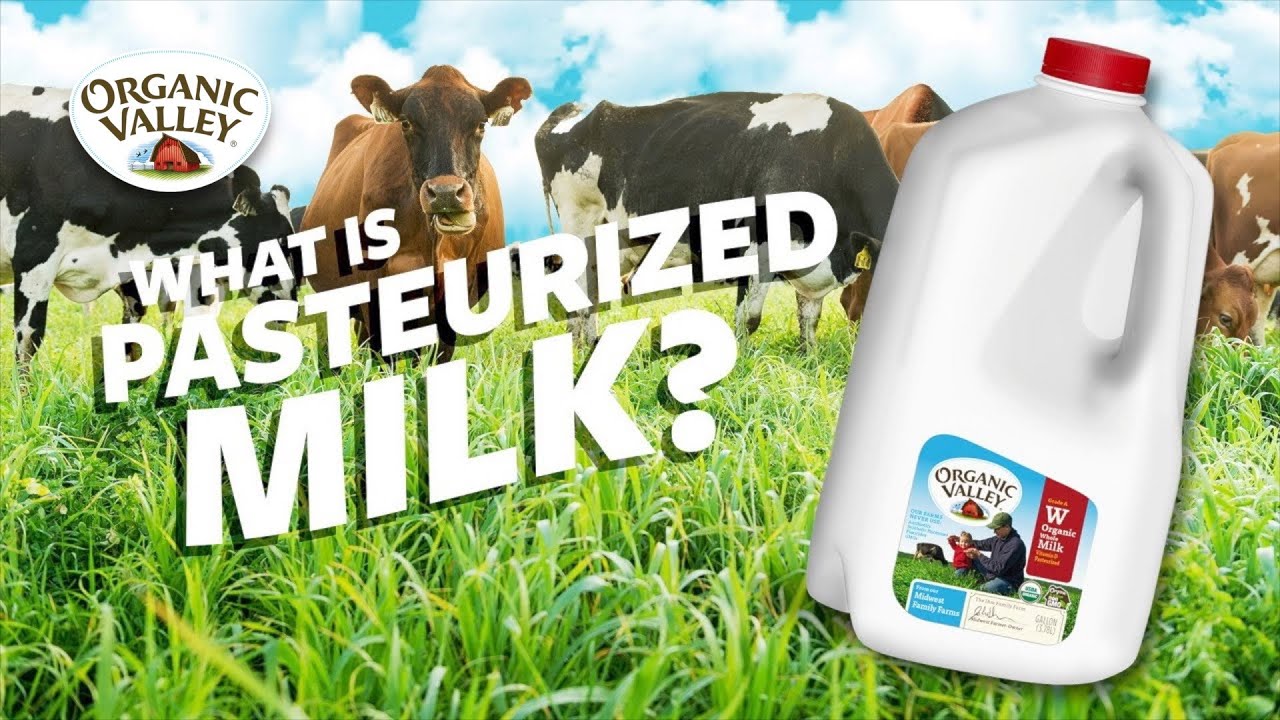 Pasteurized milk is subjected to a process where pathogenic microorganisms are eliminated without affecting the quality and properties of the product.

It is a more aggressive heat treatment. On the one hand, we have the uperized milk that is heated by steam injection and then quickly cooled. On the other hand, is UHT milk, which is subjected to temperatures of 138 ° C for a few seconds.

This last process is continuous flow and direct contact, which It produces a minimum alteration of the product and allows to keep it in perfect condition even at room temperature. However, it must be consumed within a maximum period of 3 days once it has been opened.

This type of treatment allows to destroy the pathogenic organisms, but also the sporulated forms. Anyway, It is a relatively recent sterilization method.

This is because, technologically, the industry encountered two problems: first, how to heat and cool milk quickly; and secondly, to find a sterile container for its conservation. The first problem was solved by applying steam and pressure variations, and the second with the invention of tetra brik. 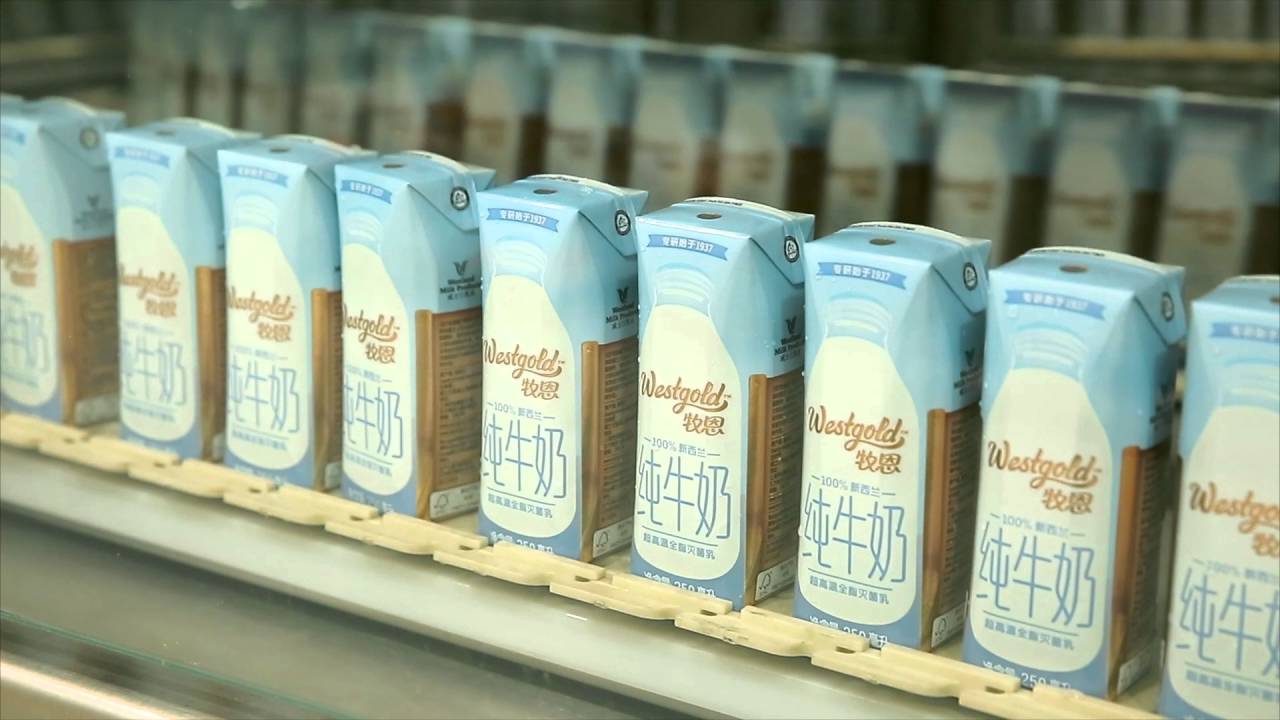 UHT milk is subjected to temperatures of 138 ° C for a few seconds. Thus, it is possible to destroy pathogenic microorganisms. However, it can alter the nutritional quality of the food.

During pasteurization there are practically no changes. During storage there may be a loss of photosensitive vitamins, as is the case with vitamin A or riboflavin.

However, in the case of UHT milk the thing changes. Being a more aggressive treatment from the thermal point of view, vitamin losses occur. Ascorbic acid levels and vitamins B1 and B12 are reduced.

Further, During prolonged storage, a loss of other vitamins such as A and B6 may occur. Proteins and amino acids will remain unchanged in both thermal processes.

However, these sterilization processes have allowed milk to reach homes with greater safety and quality. It improves product conservation and reduces its microbiological risk. However, in recent years the influence of UHT milk consumption on intestinal microflora has been studied.

The conclusions, despite not reaching the level of evidence A, speak that the consumption of this milk modifies the flora and increases the inflammation. Therefore, it is recommended to prioritize the consumption of fresh milk over UHT milk.

Both processes serve to increase the shelf life of milk and increase its hygienic safety. However, they present a series of differences: