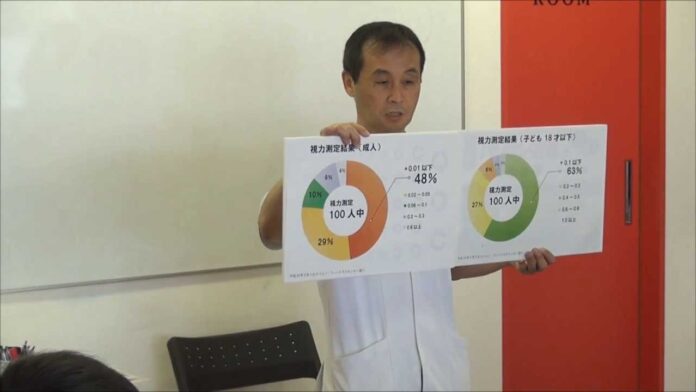 Our eyes constantly pursue something. It is not strange, because the human being has always been alert both to hunt and not to be hunted.

However, the function of seeing is not exclusive to the organs of sight, the eyes work together with the brain to receive and interpret the images. As long as brain and eyes work harmoniously, there will be a normal development of the seeing function.

Rule number 1: give your eyes light and rest

Although vision defects are due in large part to alterations in the eyeball, recent studies rule out that these are produced for exclusively genetic reasons.

After analyzing what factors negatively affect the vision, the results confirm what we could intuitively predict: we need to live more outdoors, rest our eyes and return to the conditions for which our eyes were designed.

Outside we expose ourselves to the sunlight, which produces profound benefits in our body and in our function of seeing. Following the biological rhythms of the body is a key element to improve our vision.

In this method of visual training, the power of seeing of the brain is emphasized and appeals to the Self-healing potential of the body to improve vision in a large number of visual deficiencies.

Above we have included a selection of specific exercises of the Nakagawa method to improve the sight function of the eyes. But before you go with them, keep rule number 3 in mind.

The mind is the foundation of recovery. In itself, following a table of exercises in a disciplined manner will not improve our vision. It is the happy attitude of a child who is enthusiastic at every moment which will allow us to enjoy the exercises and make them work.

A dull mind makes us easily renounce our dreams. Dreams are the nourishment of our mind, they endow us with purpose and awaken our authentic potential. This method positions us as fully responsible for our function of seeing.

Regarding the mind’s see function, there are certain aspects that should be considered and stimulated:

Now you are ready to start with the exercises, but first I invite you to close the eyes and enjoy a moment with a relaxing visual silence. Enjoy!

Who is Kazuhiro Nakagawa?

Kazukiro Nakagawa is a Japanese born in 1953 in Onomichi, Hiroshima, ophthalmology specialist and graduate of Waseda University, a researcher at the Baltimore Sight and Eye Academy and founder of Vision Recovery / Eye Heatlh Center, current Vision Salon, according to its official website.

According to Nakagawa, his university life was truncated after a severe cold that triggered a series of multiple illnesses over 3 years. It wasn’t until he saw Charles Chaplin’s film Modern Times in the cinema that he never regained his desire to live and was inspired to change his life. 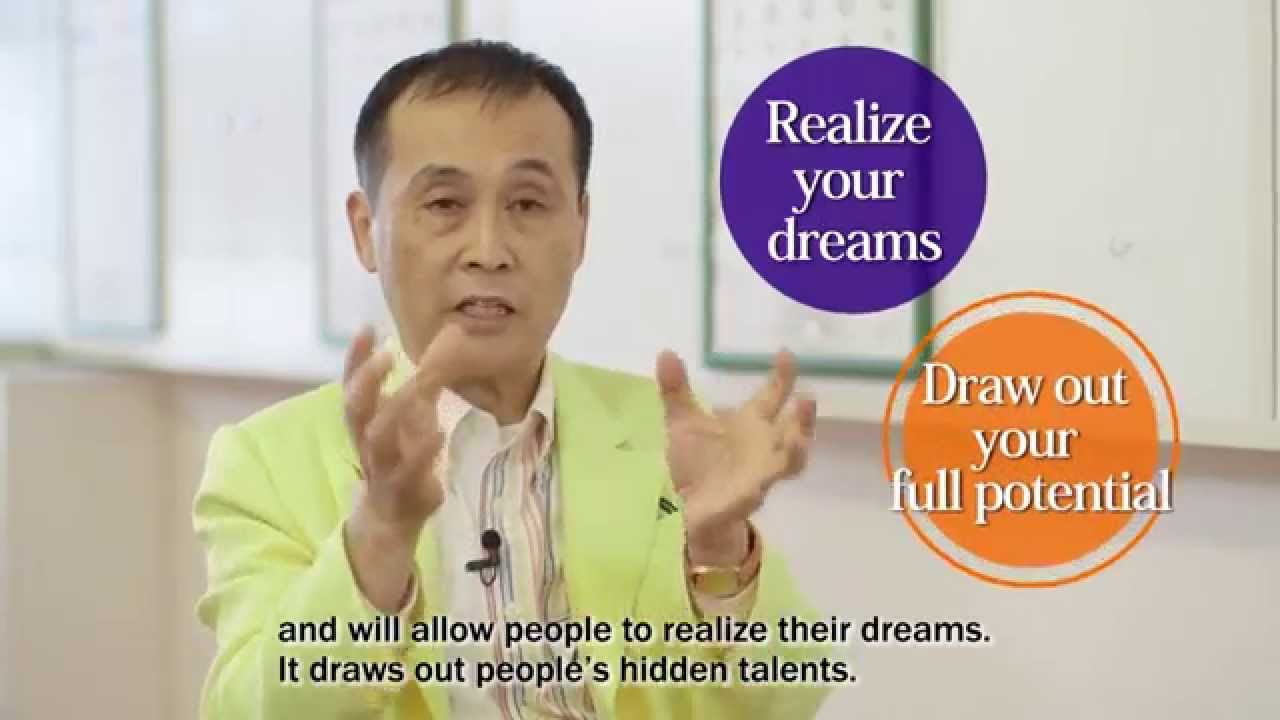 In 1990, he created the current Vision Salon (former vision Co.) where he created Nakagawa vision therapy.

In 1995, he established the company Blueberry Co. a blueberry supplement company visited a village in Sweden where wild blueberries grew.

There, he was able to learn about the benefits of anthocyanin (a purple pigment) from these fruits and was the first to introduce them to Japan.

As stated in his book Yoga of Visual Correction, in 1996 he published his Japanese book Revive your Eyes with the Miracle of Blueberries (Nittoshoin publishing house).

In 2001, he invented the eye balance mask after 4 years of production development and as he describes in his book, it is a tool ‘to easily improve the brain’s recognition of the feeling of seeing objects clearly’.

At the end of the book, we have an eye balance mask to be able to trim it so that we can use it. It is a mask with a series of horizontal dots that you have to open before you can use it.

According to Nakagawa, through those holes in the mask, you can clearly see with the ‘naked eye’ both people suffering from nearsightedness and hyperopia. Because, when light reaches the eyes through those holes, the lens does not need to refract that light, but it reaches directly into the retina where clear images will form.

As Nakagawa indicates, in the case of nearsightedness and hyperopia, light does not refract well and this makes it difficult for the retina to form images correctly. It is usually the case that the iliar muscles flex and the light is refracted by the lens before creating images on the back of the retina.

So it indicates that when using the eye balance mask, most of the iliar muscles are not used, so the load of the eyes, is reduced.

Since 2015, his book Yoga for Visual Correction is being published in several European countries in several languages.

Contents of the Book Yoga of Visual Correction

The book consists of 221 pages and is presented in 6 chapters:

1. Human survival depends on the power to see:

Here it makes us see the enormous importance of vision for our lives and shows us how the power of seeing is strongly linked to the development of personality.

According to Nakagawa, the power of seeing is created by looking with the eyes, thinking with the brain and undertaking the action, which is perfected by repeating this same process. He speaks to us, of the linking of what we see in our environment, our family atmosphere and our landscape with the creation of our character.

It also shows us, how our current society is engrossed in the digital world through its screens and prevents us from seeing our surroundings, whether we are on a train or walking down the street in a city, we see how people walk without paying attention around them and are not even aware that they are bumping into each other.

Our ancestors used the use of the power of seeing in order to avoid risks and power in this way, to survive. Subsequently, the machines took our place, making our vision for survival unnecessary.

So to finish this first chapter, it shows us several habits to consider when watching.

2. The rapid increase in cases of nearsightedness is taking away our power to see:

In this second chapter, he tells us how Japanese society is losing its ability to see due to the current lifestyle, in which they spend on average about 10 hours connected to screens.

And it is based on a study he conducted at his Vision Fitness Center, in Tokyo in 2012, to indicate that our bodies have not yet been able to adapt to a lifestyle which is based on looking closely, fixedly and for long periods of time to digital screens.

Symptoms such as tension in the eyeballs or around the eyes, eye fatigue, headache while using the computer or after using it, etc.. they can manifest themselves by computer visual syndrome and talk about computer-induced myopia as the new flu, due to abuse of the eyes with computers.

It also indicates that previously, myopia stabilized in decline at 20 years of age, but currently this decline does not stop. As Nakagawa shows his study, in which 48% of adults who came to his center, had a visual acuity of 0.01 or less.

They were examined with the Landolt test (drawing consisting of rows of circular characters with a discontinuous path, in which you have to find out which side the discontinuity of the path is located).

Finish the chapter, with a couple of exercises that help us reduce the tension of the neck and shoulders, which can be performed while working with the computer or, after use.

3. Visual exercises so that the brain can regain the power to see:

In the third chapter, Nakagawa shows us the link between the brain and the eyes and the importance of teamwork between the two.

And he goes on to say, if what we want is to regain sight, the first thing we should do is, work with the brain.

To do so, it uses an Asian approach in which it avoids dependence on medications and surgical procedures. He calls it Nakagawa method and indicates that it has two types of techniques: those that use the eyes and those that use the mind.

Subsequently, he presents us with a series of clinical cases and finishes the chapter with various brain techniques and eye exercises to stimulate the ability to concentrate; to boost memory; to intensify the imagination; expand the field of view and avoid tunnel vision; for the contrast between light and darkness; and accelerate coordination between the eyes, brain and rest of the body.

In this fourth chapter, Nakagawa tells us that to restore sight, the first step is to move your eyes.

By staying for long periods of time looking at the screen, the eyes remain fixed at one point and intraocular muscles (such as the ciliary muscle, responsible for the focus) are abused.

However, our eyes have always been accustomed, since time immemoble, to being used to look around and detect some movement, moving relentlessly. Using more extraocular muscles (responsible for the eyes looking around).

Subsequently, it shows us several clinical cases and their improvement, as well as measures against myopia, hyperopia, astigmatism, weak eyesight and strabism.

Continue to present again, 6 techniques, this time eye techniques with several exercises of each: oculomotor gymnastics; optimal balance between the two eyes; determine the approach; exercises to counteract computer-induced myopia; tips to relieve tired eyes; and how to protect your eyes from dry eye syndrome.

Ends the 4th chapter with several clinical records and their observations on vision restoration after laser surgery.

5. Move away the threat of presbyopia and banish senility forever with your true power to see:

In this penultimate chapter, Nakagawa talks about the reduction of vision related to aging and indicates that this in turn triggers a decrease in brain functions.

Because 80% of the information our brain receives from the environment comes from our eyes, as presbyopia suffers, the visual information that reaches the eyes becomes inaccurate, making it difficult for that information to be stored in memory.

It continues with the exposure of several clinical cases, followed by a series of exercises to free us from stress and thus improve the eyes and brain, re-exercise the muscles that are atrophied and stimulate the retina with the eye balance mask invented by it.

Finally, he tells us about the power of blueberries to stop eye aging, as he points out, he was the first in Japan to point out that anthocyanin (purple pigment found in northern European blueberries) has great properties for the eyes.

And it exposes us to different eye diseases related to age, such as glaucoma, age-related macular degeneration, retinal detachment and cataracts.

6. Your true power to see is a trusted resource in your arsenal of life skills:

To finish the book, it shows us the importance of the power of seeing to be able to live, whether through vision in sport, at work or in life itself. And it does so with the exposure of various clinical cases and practical exercises.