Papulopustular acne is a specific type of acne. Acne itself is a cutaneous pathology characterized by a inflammation of the sebaceous glands. The so-called comedones are produced. It is the most frequent cause of dermatological consultation. In fact, it is estimated that almost 85% of adolescents suffer to a greater or lesser extent.

Acne has a multifactorial etiology. First, there is an increase in sebum production, mainly due to the action of androgens.

In addition, its composition is altered. The comedones are formed by a disturbance of keratinization. The keratinized cells are shed, and can not be removed, so a conglomerate of cells and fat is formed. On the other hand, a proliferation of the bacteria takes place Propionibacterium acnes.

To all this is added a secondary inflammatory process. All this ends up giving rise to typical acne lesions. In this article we will focus on papulopustular acne and in your treatment. Keep reading! 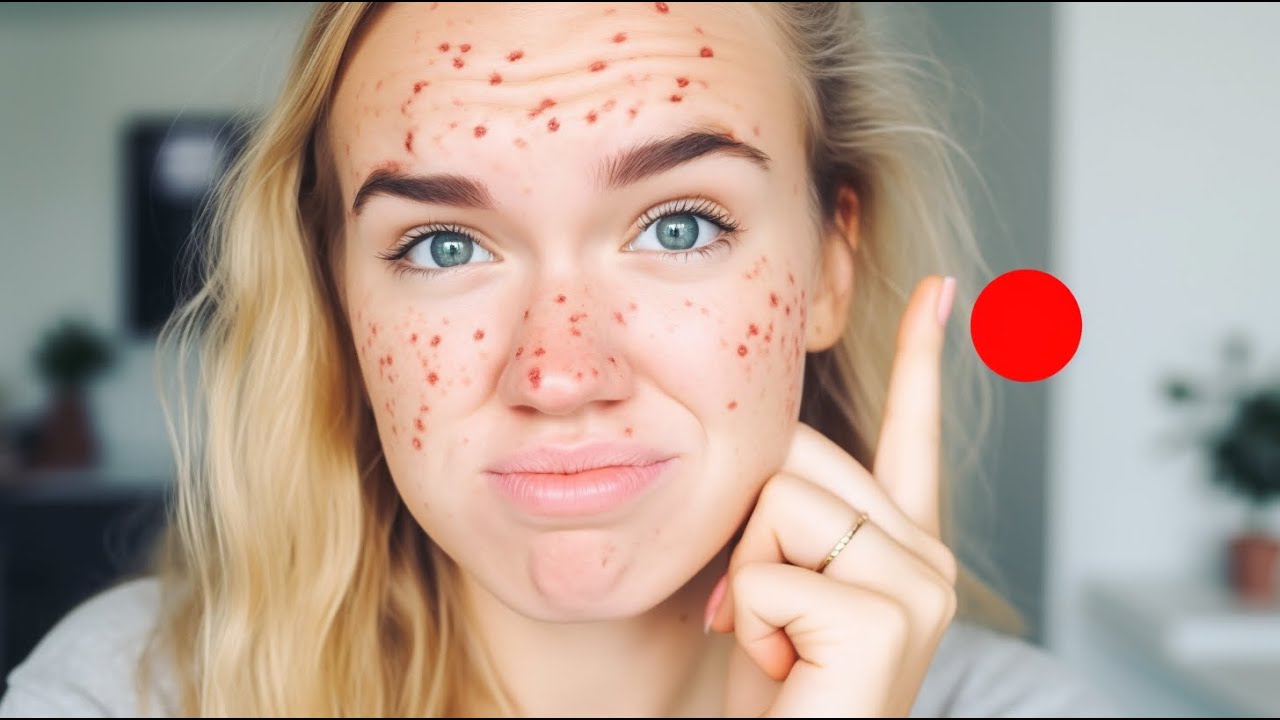 How is papulopustular acne?

Papulopustular acne, like acne in general, It is a very common pathology. It is not serious, but it affects aesthetically and psychologically everyone who suffers it. As we have mentioned, most adolescents suffer to a certain extent. However, adults can also present it. It affects both men and women.

Papulopustular acne It is also called moderate acne. As its name suggests, it is a mixture of papules and pustules. Papules are circumscribed and consistent cutaneous elevations.

They are formed by obstruction of the follicle, with subsequent inflammation. The pustules are small, initially purulent cavities. They are yellowish white. In addition, they are larger and more inflamed lesions than papules.

That is to say, red and inflamed grains predominate, and what is known as pimples with pus. It occurs mainly on the forehead, nose and cheeks. Although it is less frequent, it can also occur in the back. When it remits, it can leave scars and hyperpigmented skin.

Maybe you’re interested: Why does acne get on your back?

The general treatment of acne is based on the etiopathogenesis of the picture. Both topical and systemic treatments are used. To treat ductal hyperkeratosis, comedolytics or exfoliants are used.

Among them include isotretinoin, salicylic acid or adapalene. Isotretinoin also influences excess sebum production, as do anti-androgens or estrogens.

Second, for the proliferation of Propionibacterium acnes antibiotics are used. The most commonly used are doxycycline, erythromycin and clindamycin. For very severe cases, metronidazole or corticosteroids are used.

In the specific case of papulopustular acne, The treatment is usually:

When papular-pustular acne is complicated, it is usually used isotretinoin orally. It is a derivative of vitamin A. It controls very well the serious acne and causes less scarring. Therefore, it is indicated when the patient does not respond to treatment or has severe scars.

But nevertheless, It has certain serious side effects. It can cause dry skin and mucous membranes. In addition, it is totally contraindicated to consume alcohol during the treatment, which must be at least six months. It is also teratogenic, so you should warn the woman that she should not get pregnant.

The choice of treatment always depends on the severity of the injuries. In this way, topical to systemic treatments are preferred. As papulopustular acne is usually of moderate severity, the most commonly used treatment combinations are, in short, benzoyl peroxide with adapalene or with clindamycin.

Papulopustular acne you should try to treat yourself with topical medications. If the lesions become more severe, systemic medications such as doxycycline or isotretinoin can be used. Either way, the most important thing is to consult the doctor.