Health & Fitness
Home Health Oedipus Complex in Adults: Consequences and How to Deal with It 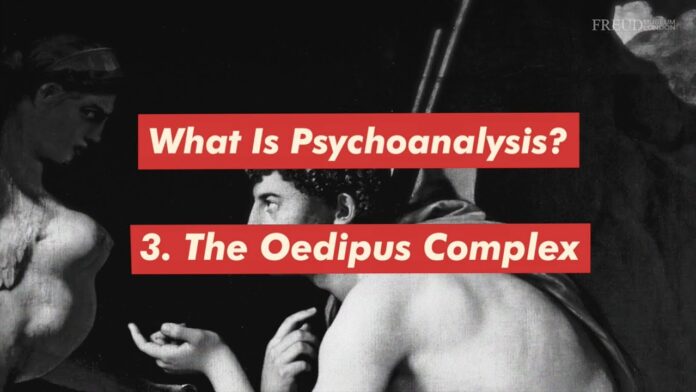 Is attachment to the mother detrimental to men? The Oedipus complex in adults represents a limiting factor in the establishment of interpersonal relationships. The Oedipus complex appears in the child between the ages of three and seven, and is a normal stage of affective development of the child. The child tends to feel attracted to his mother and begins to show hostility towards his father. We explain why it appears and how to react to it.

The attachment that children experience towards the mother figure. It is considered normal and does not require treatment. However, the Oedipus complex in adults does represent a problem. The Oedipus complex, also called Oedipus syndrome, can appear between three and seven years of age. What does it mean, roughly speaking? It is a stage in which the child begins to experience the unconscious rejection towards his father and the loving projection, and a clear predilection, towards his mother. With time, this tendency disappears, when the child begins to identify with the father.

Why is it called Oedipus complex?

The term was first used by the father of psychoanalysis, Sigmund Freud, who chose this name in reference to Sophocles’ play, “Oedipus Rex”. The Greek play tells the story of classical Greek mythology, the fable of Oedipus, who kills his father out of jealousy and marries his mother, with whom he was in love. The name Oedipus has been used to refer to this stage of the child in which he shows a kind of “falling in love” with his mother.

How to know if a person has an Oedipus complex?

Around three years of age, the child begins to demand more attention from his mother. What other symptoms may suggest the syndrome?

The negative Oedipus complex in adults

However, there are people who fail to overcome this stage of development and become 30 years of age or older and are stuck at that stage of their lives. At this point, Oedipus complex or syndrome becomes pathological and should be treated.

In cases in which the intense attachment to the mother is not naturally overcome when the person leaves the infantile stage, a pattern of behavior characteristic of adult Oedipus complex occurs. This situation may be due to maladaptive parenting styles, including overprotection by the mother. In some cases it is not easy to notice the signs of attachment, because they occur in an exclusive dynamic between mother and child. That is, a person could have an apparently independent life, but his or her decisions would be based on the relationship with his or her mother. Most of the indicators observed in men with Oedipus complex are centered on conflicts in establishing intimate relationships. Some of these characteristics may be the following:

What are the consequences of the Oedipus complex in adults?

As we have mentioned, the Oedipus complex is normal up to a certain age. But once childhood is over, young people should be less dependent on the mother and have a better relationship with their father. Some of the consequences of not overcoming the infantile attachment to the mother may be the following:

The aforementioned consequences are linked to problems of self-esteem, which are avoided through the feeling of protection represented by the maternal figure. The unresolved Oedipus complex prevents men from leaving their comfort zone and living their own experiences.

Strategies for dealing with it

The unresolved Oedipus complex represents significant complications for the personal development of men, so it is important to identify and deal with it. First of all, it will be necessary to do an exercise of introspection and realize that the dependency exists.

In most cases people do not realize that attachment to the mother represents a problem in their lives until someone else brings it to their attention. When men are confronted by their partners about the mother’s influence, conflict ensues.

The dilemma for the man lies in the fact that he cannot maintain the dependent relationship with the mother and at the same time occupy the role of boyfriend or husband in the right way, so he is forced to make a choice. On the one hand there is the comfort zone represented by the attachment to the mother and on the other the affective independence.

To overcome the Oedipus complex, some strategies may be to take into account individual needs, to leave aside the comforts provided by the mother, to start taking evaluated risks and to go to a professional who can provide support for the necessary time.

The Oedipus complex can be solved regardless of the age of the person. However, we must be aware that if it is deeply rooted it is not always so easy, but with enough motivation and willpower it can be achieved. Some useful tips to cope with it, are those that we detail below:

The most important step to overcome it is that the adult who suffers from it recognizes that he/she has this problem. Why is it the most important? Because you cannot wish to overcome something that you do not recognize in yourself. You must recognize and become aware of what is happening and how it is affecting your daily life as this is essential to find the motivation and willpower to eliminate it.

Let go of the “privileges” of being a child.

Surely there is a resistance to “growing up” because of the fear of taking charge of one’s own life and taking responsibility for oneself, which in this case the mother has never encouraged. However, now that one is an adult, one must begin to do something to detach oneself from the role of a child and begin to make one’s own decisions.

How can you do this?

You can start by identifying what you really want no matter what your mother thinks or says and carry it out, another very important issue is to stop giving priority above all things, especially when establishing romantic relationships where the partner becomes a priority, moderate in terms of visits and phone calls, seek to be financially independent and above all not be afraid of not always getting their approval.

Remember that it is necessary to cut the cord of emotional and / or economic dependence and accept the departure to become a mature and independent adult.

Go to a professional

If you notice that the problem is persistent, it is affecting you in one or more areas of your life, you feel that you cannot fight it alone and/or you would simply like to receive external help to overcome it, it is necessary that you go to a psychologist to provide you with the tools you need to face it as well as to support you in this process.

This article is merely informative, we do not have the authority to make a diagnosis or recommend a treatment. We invite you to see a psychologist to treat your particular case.