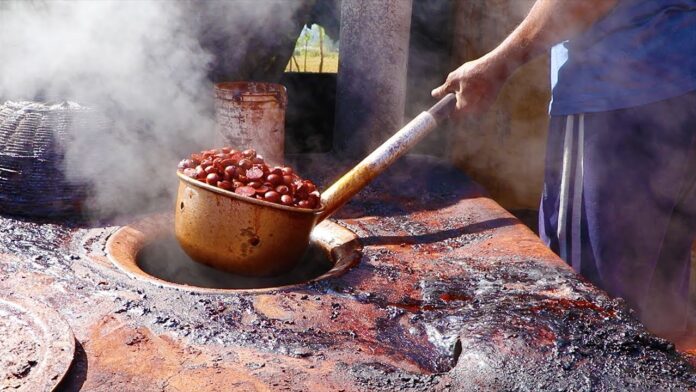 Native to Asia and distributed throughout Africa and Oceania, Areca Nut is known among other things, for its stimulating properties. Nearly a tenth of the world’s population uses it, giving a similar sensation to drinking six cups of coffee. It is also known as the drug of the red smile, it leaves the teeth of this color when it is consumed.

The nut, also known as betel, has set off the alarms of the scientific community, since it is causing the death of hundreds of people.

(You may also like: These are fruits and vegetables with more and less pesticides) 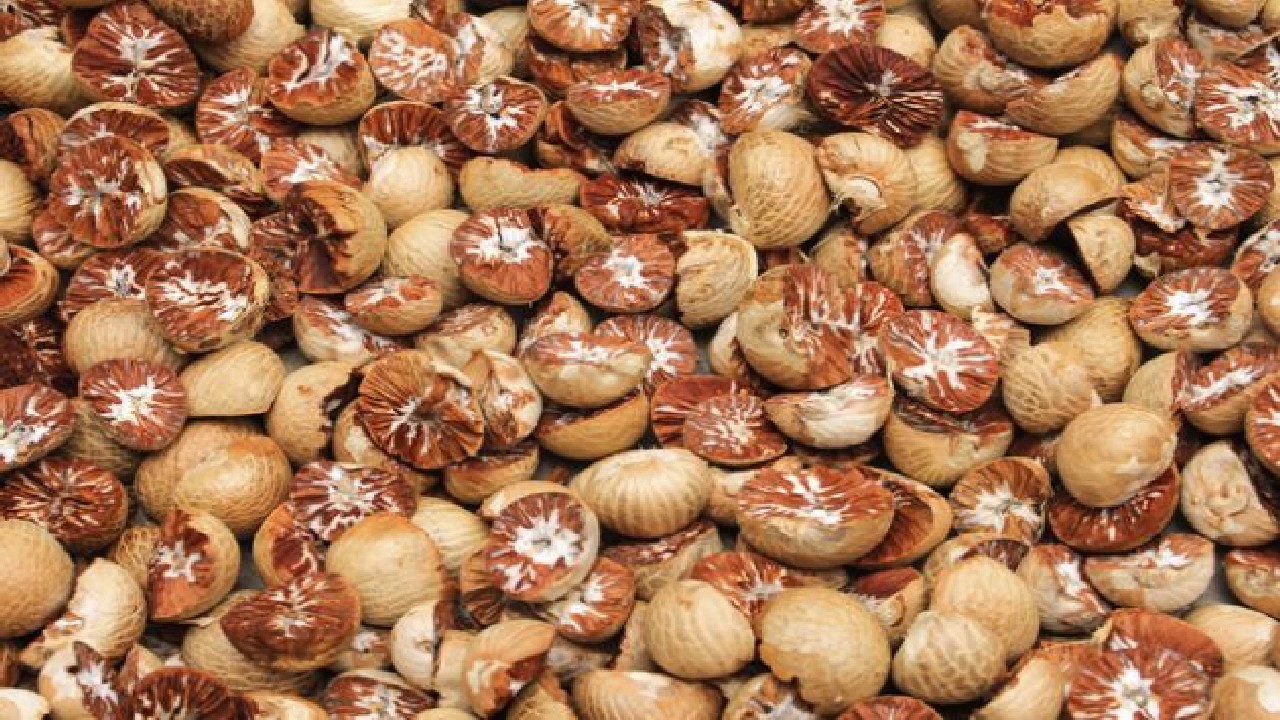 The plant has a long trunk that can reach up to 30 meters in height. Its scientific name is Areca catechu. In areas such as the Philippines, Thailand and Indonesia, archaeological evidence has been found that it has been chewing for at least four millennia. In Vietnam and India it has a great symbolism the fact that the nut and the leaf are united, being used in marriage rituals.

Its popularity is such that it is equated with other psychoactive substances such as nicotine, alcohol and caffeine. The people who consume it the most are the men who work, who use it to stay awake.

Despite being used in cases of diarrhea, abdominal pain and digestive disorders, recent studies by different organizations have shown their serious effects on health.

Although it has an important historical and cultural significance,cording to the data Organization of NaUnited Nations (UN), the rate of cancer in different parts of the mouth is higher in countries where betel is chewed. Of the 390,000 cases of oral or pharyngeal cancer that occur every year on a global scale, it is estimated that 228,000, or 58%, Present in South and Southeast Asia.

The UN is not the only organization concerned about this problem. “About half of men do not know that betel nuts can cause oral cancer,” Dr. Hahn Liang-Jiunn, an oral cancer specialist at the National Hospital of the University of Taiwan, told BBC.

In addition, the areca nut is usually consumed in a package in which they are mixed calcium hydroxide, betel leaves, tobacco and spices such as cardamom, cinnamon. Except for the latter, all ingredients are considered carcinogenic by the International Agency for Research on Cancer.

The governments of the region are taking measures to prevent the consumption of betel in the population. In 2013, it had been reduced by half among men.

A little more about the history of the betel nut

As we said, the betel nut has a long and rich history in many Asian countries. In fact, it is virtually impossible to determine when and where the habit of chewing has originated. However, the first mention of its consumption goes back to Sanskrit writings of the first century, in which 13 celestial properties are attributed to it. 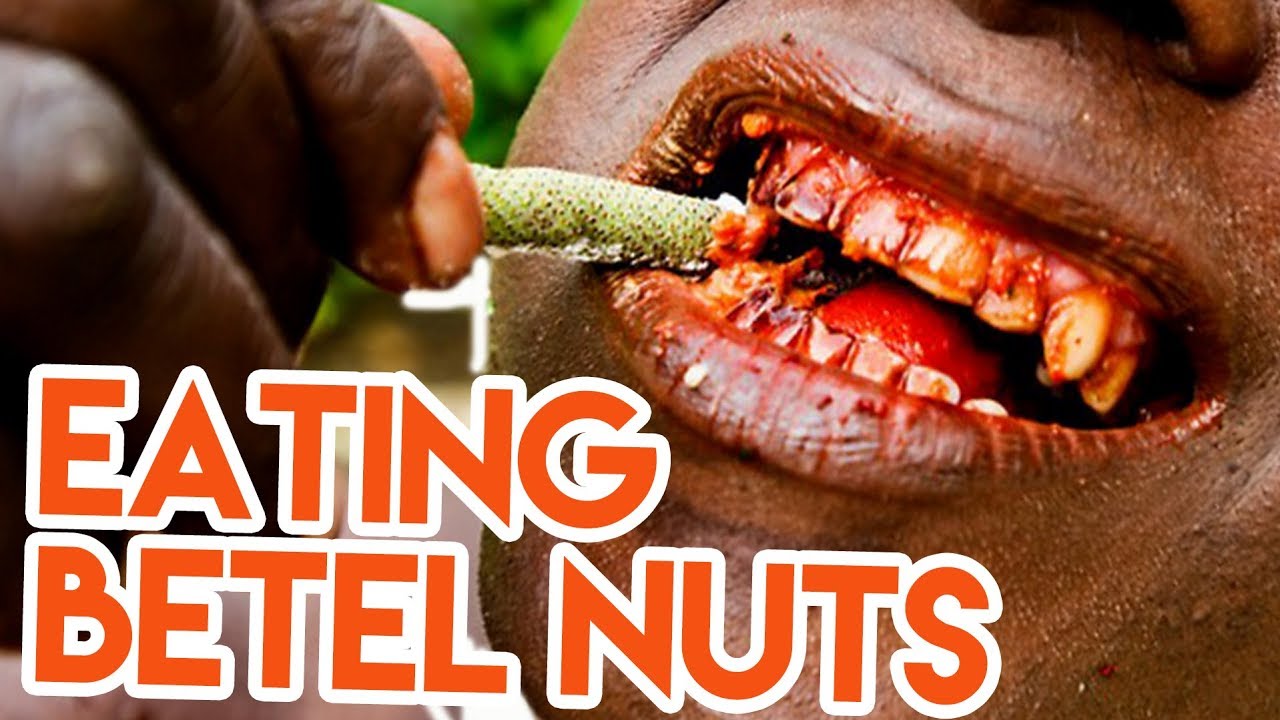 It is also not known exactly when these seeds begin to combine with betel leaves to produce a psychoactive mixture. Although some archaeological remains point to this tradition has been maintained for about 4,000 years.

An interesting fact is that the very name “betel nut” is associated with this habit, since these seeds are not really related to the leaves of betel. So, technically, it would be more appropriate to call it areca nut.

Today, the symbolisms associated with the betel nut vary from culture to culture. In Malaysia, for example, it is often offered to visitors as a welcome demonstration. While in Vietnam, it is mainly considered a symbol of marriage union.

What is betel nut used for?

In addition to symbolic applications, betel nut continues to be consumed as a supplement in several Asian countries, such as India and Pakistan. In fact, it is estimated that about 1/10 of the world’s population uses it with some regularity.

Its consumption is mainly associated with the stimulating effect, although it is also attributed the ability to increase endurance. This stimulation is due to the content of arecoline (the main active compound of these seeds), which acts on the central nervous system and increases breathing.

When chewing them, the user feels more energetic, vigorous and alert, which could favor learning and physical activities. However, health professionals and organizations warn for the risks of consumption, especially when combined with betel leaves and other substances, as we will see below.

Why is it dangerous to eat betel nut?

For starters, it is considered a psychoactive substance with high addictive potential. But, perhaps it is the main danger is in the way it is consumed in many countries. They are usually sold wrapped in betel leaves in a kind of package called a quid. In turn, it is a mixture that usually contains, in addition to walnut and betel leaves, calcium hydroxide and aromas such as cardamom, cinnamon and tobacco.

With the exception of cinnamon and cardamom, all other elements of the quid are considered carcinogenic agents. In particular, calcium hydroxide (or dull lime) often generates small abrasions in the oral cavity, increasing exposure to other chemicals that can lead to different types of oral cancer.

Chewing of nuts and betel leaves also often leads to other oral diseases and loss of teeth.